You are Here » Home / Blog / Digital Focus / Interview: Why does digital transformation fail?

Interview: Why does digital transformation fail? 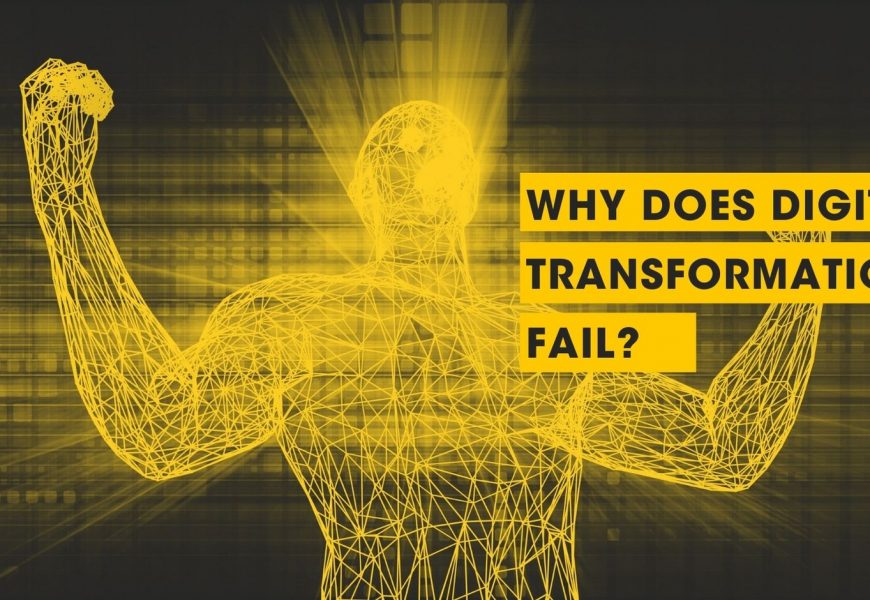 Digital transformation projects fail around two-thirds of the time – and more often if you account for semi-successful projects.

More unnerving is that this failure rate has not changed significantly over the past decade, and we can even find its equivalent 15 or 20 years ago. Despite a plethora of advice on fixing the problem, such as bi-modal approaches or creating innovative spin-offs (all of which are good strategies), failure seems more assured than success.

What are we doing wrong? According to the book Humancentric, authored by local change management guru and Digitlab CEO Mike Saunders, the issue is quite evident: technology fails unless it means something to somebody.

“I don’t think digital transformation is something you choose to do,” Saunders tells ITWeb in an interview. “It’s happening to you, regardless. It’s just whether you’re managing it well or not.”

Tech-first is a recipe for failure

When businesses treat technology as their gateway to future success, they put themselves in a dangerous position. As Saunders writes in his book: “Business today chases technology like it’s a magic genie that will solve their problems, find their customers and improve their sales. Unfortunately, most of the time businesses have an unhappy experience that loses them money and becomes an unused infrastructure with so much untapped potential.”

Sounds familiar? You’re not alone – Saunders can cite many examples where this happens, such as Blackberry’s technology-first attitude failing hard against Apple’s user-centric philosophy.

But it can be much simpler: “We helped a major company reduce their recruitment times from 30 weeks to six weeks. The culprit turned out to be the recruitment platform they relied on. It wasn’t easy to use and had a reputation for that, so when people saw they needed to apply through the platform, they simply went somewhere else.”

You may know of customer-centricity, and Saunders is a proponent of the concept. But he hastens to add that you should think of user-centricity: “Most of the technology you will deploy will be used internally. Yet it’s amazing that companies will not pay a lot of attention to that. They do some change management, but they just assume people will use the system because they have to. Then there is the context problem.”

Human-centric technology goes further than a nice interface or a slick design. Digital transformation tends to fail when you ignore context, namely, what you are trying to achieve and who benefits from it. For example, if you build a customer-facing website, how does context impact it?

“If a website falls into the IT department’s delivery, it’s realised in a particular way –perhaps a generally automated output process with very little consumer engagement. If marketing runs it, the website looks amazing with a great experience, but it’s very difficult to manage the process. You actually need something in between in order to deliver it well for both sides of the organisation.”

Context is crucial yet often lost in the big-bang excitement of new technology. Not just dropping in massive new systems, but even introducing relatively minor software platforms. Context determines both usability and how conveniently a system can inherit the right processes. Here Saunders makes another crucial point: not all solutions built to help you succeed in the digital economy are necessarily technology-based.

“Let’s say you want to create changes in your sales lead channels. Instead of trying to overhaul the whole sales cycle, just build a sales lead channel that starts in a particular space with a person who has the knowledge-making the calls, and then picking it up when necessary. This helps align the technology with the desires of the company, its users and customers, without over-investing. And then as that person succeeds in developing sales, he inadvertently defines the processes you need for that new lead channel. Once the new channel reaches a tipping point, the business can then look to better technology to reduce drag on the sales channel. Sometimes you need the drag – because the drag forces you to apply your mind.”

Why does digital transformation fail? We get distracted. We see the potential of technology and assume it will naturally deliver on that potential. We focus so hard on reinvigorating processes through the implementation that we don’t give people the room to steer that momentum. And we get hung up on problems that we could resolve more laterally, such as removing silos.

Saunders loves talking about what he calls silositus, but notes that we often don’t tackle this more creatively: “Breaking down silos is a monstrous challenge. So go the other route. We live in an API-driven world. We live in a world that is all about mini applets. We don’t have to go in and solve the whole business. Instead of overhaul, let’s find these integration opportunities. Streamline things for employees.”

The crux of Saunders’ work at Digitlab, and the core of his book HumanCentric, is that digital transformation is not a choice but a reality of today’s world. It’s not about becoming the next Uber or Google, but to find your place in a world where digital makes things much more convenient for people. We tend to think those people are our customers, but that’s only a part of it. Much more significant are your employees, the users of many of those systems. Companies end up with tracts of unused digital infrastructure because they didn’t make human centricity for their workforce a priority.

“Digital transformation is about adapting to a new economy, and economies are not made out of systems and technologies. They are made out of the effort and desires of people. Who are the users? What do they like? And are they going to use your systems? If we want any real success with digital transformation, this is where we start, not where we end up.”

This article was the output of an interview with ITWEB and was originally published here. 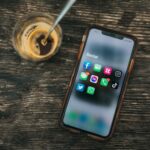 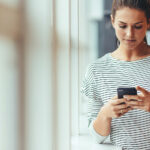 Next Story
Employee amplification: Social strategy for austere times (and beyond)